the fourth “Raiders/Indy” film has a title:
INDIANA JONES AND THE KINGDOM OF THE CRYSTAL SKULL. 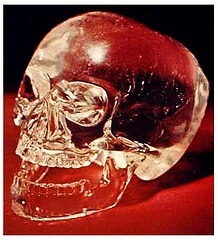 devouring stories of ghosts, mysteries, folk lore and stuff, i’ve heard and read about the mystery of the crystal skulls – for all those uninitiated you can check it here – and that’s what made the Raiders/Indy films so good, they had that kooky dark side vibe. i loved the fact that the supernatural side of the world was presented as real in Indy’s universe. so now with that new title, this fourth film may really have that much loved vibe!
not to mention it has all the people that made the first three awesome + Cate Blanchett. woot!

This site uses Akismet to reduce spam. Learn how your comment data is processed.